JYEṢṬHĀ-TAVVAI, THE FORGOTTEN GODDESS OF MISFORTUNE 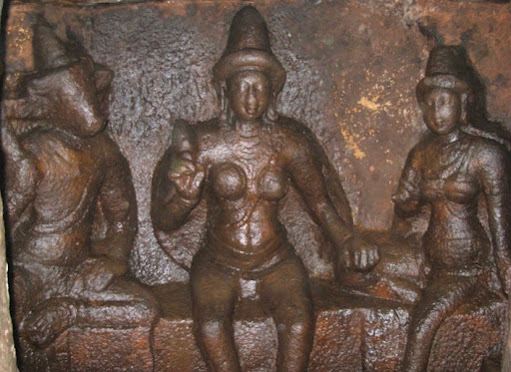 Jyeṣṭhā-Tavvai, the forgotten goddess of misfortune, inauspiciousness, chaos and discord who enjoyed unusual prominence in the ancient Tamil-speaking world. Despite her terrifying portfolio, the worship of the Jyeṣṭhā-Tavvai was held to thwart adversity, poverty and disease. She was also propitiated by expectant mothers and couples desirous of begetting children. In Purāṇic accounts, Jyeṣṭhā (“the elder one”) was the first of two goddesses to emerge from the churning of the Milky Ocean, the second being her younger sister Śrī-Lakṣmī who embodies the polar opposite: fortune, auspiciousness, order and concord.

Jyeṣṭhā, unlike her sister, is avowedly antinomian and lives beyond the pale of Vedic-Brahmanical ritual. She is said to detest the sight and sound of Vedic ritual. In the Purāṇas, Jyeṣṭhā’s sage-husbands, variously said to be either Uddālaka (Padmapurāṇa) or Duḥsaha (Liṅgapurāṇa), abandon her owing to her aversion to Vedic-Brahmanical ritual. In Tamil tradition, however, she is considered the consort of the generally-malignant planetary deity Saturn (Śani). Whoever her husband might be, Jyeṣṭhā, while bearing the marks of an auspicious married woman (tilaka, jewellery etc), is never depicted with her consort and is more than comfortable with her status as an independent goddess.

Jyeṣṭhā’s shrines are typically built in the southwestern periphery of a settlement whether in a garden, in the vicinity of a reservoir, on the bank of a river or next to cultivable fields. In the Tamil country, however, she is also found as a subsidiary deity (parivāra devata) in Śaivite temples. In Tamil texts, Jyeṣṭhā is first explicitly referred to by the didactic philosopher-poet Tiruvaḷḷuvar (3rd-5th centuries CE) though hardly in flattering terms (Kuṟaḷ 167, 617). Tavvai (தவ்வை) meaning mother, foster-mother, elder sister, nurse or elderly woman is among the earliest and most commonly-used names for this goddess in Tamil, which speaks to her endearing matronly character among Tamil-speakers. It may be possible that Tavvai had independent origins as a boundary-protecting goddess and was later fused with the Purāṇic Jyeṣṭhā owing to similar antinomian characteristics. The Caṅkam poet Āvūr Mūlaṅkiḻār (late centuries BCE/early centuries CE) refers, for instance, to a deity protecting a reservoir but fails to name this divinity (Akanāṉūṟu 156 nilait tuṟaik kaṭavuḷ). Apart from a litany of Sanskritic names (cēṭṭā, cēṭṭai, mōṭi, tūmāvati, tūmravarāhi, tūmrakāḷi, māyai, mahānittirai, ēkavēṇi), Jyeṣṭhā-Tavvai also bears a number of local Tamil names (māmukaṭi, mukaṭi, mūttatēvi, paḻaiyōḷ, kākkaikoṭiyōḷ, tirukkēṭṭaik kiḻatti).

The cult of Jyeṣṭhā-Tavvai was especially popular among Tamil-speakers between the 6th and 11th centuries CE. Numerous images of Jyeṣṭhā-Tavvai, many now abandoned to the elements, survive in the Tamil country from this period. Her worship was widespread among all social classes. Nakkaṉ Koṟṟi, the wife of the Pāṇṭiya minister Cāttaṉ Gaṇapati, endowed a rock-cut temple for Jyeṣṭhā in 773 CE at Tirupparaṅkuṉṟam, south of the capital at Madurai. A near-contemporary, the Tamil Vaiṣṇava saint Toṇṭaraṭipoṭiyāḻvār decried Jyestha’s widespread appeal among devotees who resorted to her for material blessings (Tirumālai 10). From the 11th century onwards, the cult of Jyeṣṭhā-Tavvai, for reasons that are still unclear, waned in popularity.

In iconography, Jyeṣṭhā is generally depicted as a corpulent but sometimes simply wide-hipped goddess seated on a throne with her legs pendant (bhadrāsana). Purāṇic-Āgamic texts variously describe her complexion as red, dark as collyrium, the colour of ripe crops or the sky. She is said to be wearing a blue or red silken garment. In the Tamil country she dons a distinctive donut-shaped bun either fashioned from one’s own hair, hair extensions, flowers or cloth (Sanskrit vāsikābandha; Tamil ceṉṉi, kaṇṇimālai) above which rises a tapering crown (karaṇḍamakuṭa). Her ornaments frequently include heavy curved earrings, necklaces, bangles and the sacred thread. With her right hand the goddess grasps a blue lily (nīlotpala) in the kaṭakamudrā. Like her consort Saturn, the crow functions as her totem and frequently appears in the form of a banner/ standard (kākadhvaja) behind the goddess. While lauded for its intelligence and regarded as an intercessor for ancestral spirits, the crow is also seen as a bad omen and impure owing to its habits as a scavenger. The deities associated with the crow are likewise ambivalent in character. Other attributes of the goddess which occasionally appear in the iconographic record include the donkey, her vehicle, and a broom which alludes to her associations with the household.

Tamil images of Jyeṣṭhā-Tavvai invariably depict her with her children, emphasising her motherly functions. On her right, the goddess is flanked by her white-complexioned bull-headed son carrying a club and wearing yellow garments. His name in Sanskrit is Vṛṣabhāṅka while Tamils call him Kōmukaṉ, Māntaṉ or Kuḷikaṉ. Jyeṣṭhā-Tavvai’s daughter, variously called Agṉimātā, Sukanyā or Mānti, accompanies her mother on the left as a youthful human figure. While Jyeṣṭhā’s corpulence has been explained by modern commentators as a sign of indolence, one of the qualities she presides over, it is equally likely that the wide-hipped, sometimes pot-bellied, image underlines her child-bearing and caretaking functions. 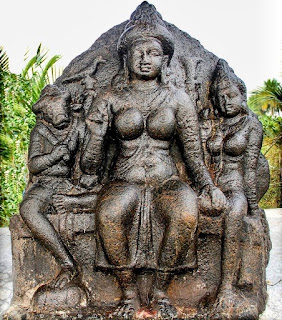 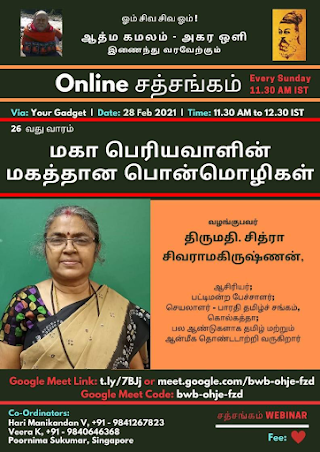 “Online Sathsangam” (Every Sunday 11.30 am Series)

To Register as Speaker: https://t.ly/bkvf

Posted by chamundihari at 4:30 PM No comments:

He only having 3 book copyright's. 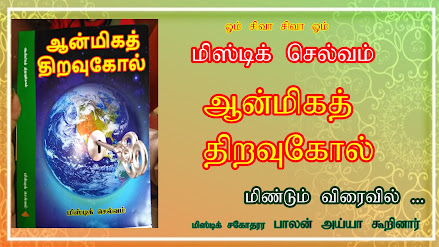 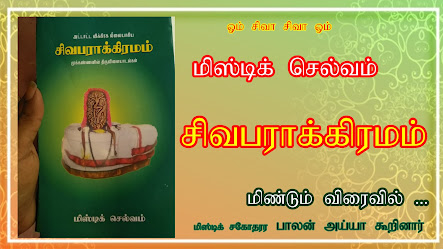 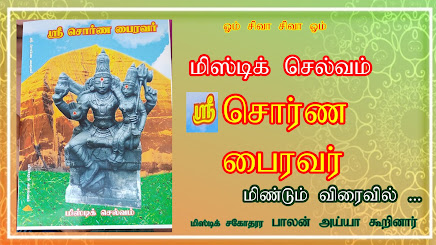 Posted by chamundihari at 5:29 PM No comments:

Posted by chamundihari at 12:34 AM No comments:

“Online Sathsangam” (Every Sunday 11.30 am Series)

30+ years doing research and development in Medicine, Astrology, Life-Skill, Vasthu Sasthram, Food Habits and many more, which he utilizing into his social services in many ways

To Register as Speaker: https://t.ly/bkvf

Posted by chamundihari at 5:27 PM No comments: